There are several places around Raiganj that make for attractive tourist attractions. A small trip to these beautiful locations especially on weekends refreshes the body and soul. Such places are ideal for picnics and weekend getaways. If you are traveling to Raiganj for the first time, you can ask your hotel to make arrangements to take you to these places. There are several travel agents also who arrange for trips to these nearby locations almost everyday. You can enquire with them about the mode of transport, the cost and other details and book your travel. It is no hassle to go from Raiganj to these places. The roads to the attractions are well-constructed for the most part and travelers can look to a smooth ride to these places.

Some of the weekend destinations from Raiganj are: 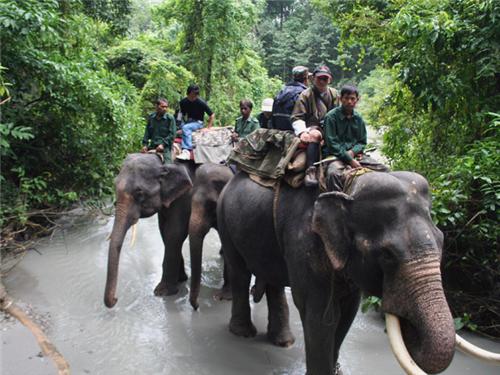 It is one of the most spectacular wildlife habitat found in India. Located on the Himalayan foothills in the Kamrup-Golapara district, the Manas National Park is well renowned for its Project Tigers, Elephants and Rhinos. It is also known for some rare species like golden langur, hispid hare, pygmy hog and Assam roofed turtle. However, the main center of attraction is the river Manas that flows through the park. It is a major Himalayan tributary of the river Brahmaputra. The picturesque beauty and rare resources of wild life mingle with this exclusive world heritage site to offer enthralling experience to the visitors.

It is a dense natural forest in the Dooars near Jaldapara National Park in the district of Jalpaiguri. This savannah forest covered with lofty elephant grass, is 163.6km far from Raiganj and can be easily reached. If you are visiting Chilapata Forest from Raiganj donot forget to see one-horned rhinos, royal bengal tigers, barking deer, hog deer, gour, wild elephants and several birds like peafowls and peahens. An elephant ride or a jeep safari in this savannah forest is also a remarkable experience. The River Torsha that runs through this sanctuary is a wonderful sight for nature lovers. Read More Here.

It is an ancient fort located in the forests of Chilapata on the eastern bank of the river Torsa. The old architecture belongs to the Gupta period. According to historians, this fort was a part of the frontier fortifications of Pundrabardhan Bhukti. It is also called as Nal Rajar Garh. 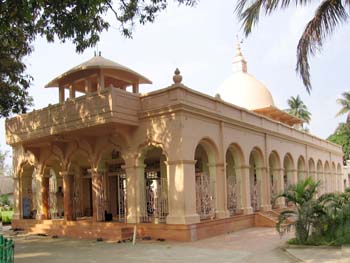 It is a religious place in Jairambati. This math is also known as Ramakrishna Mission Sarada Sevashrama Yogashrama. It has a quiet and peaceful ambience. Many devotees of Ramakrishna come here to engage in meditation, cultural and religious activities.  Every year, thousands of people visit the math to attend religious ceremonies.

This Kali temple is located at Bindole in Uttar Dinajpur district of West Bengal. It is made of terracotta and the statue of goddess Bhairabi is made of black stone. Some historians claim that it was built by the dacoits of that region.

Faforkheti and Lava from Raiganj 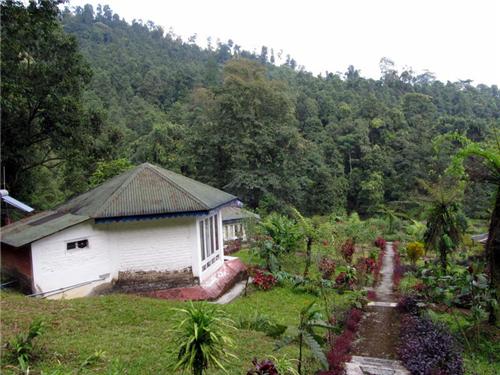 It is a world renowned tourist destination in Gorubathan that is only 236km far from Raiganj. Faforkheti is chiefly known for adventure sports like hiking, trekking and mountain climbing. The cool winters and bright summers are favorable for rock climbing. Trekkers can engage in adventure activities in Faforkheti during the months of October and September. Another tourist place known for its natural beauty is Lava. It is located near Faforkheti. The cool weather and the scenic beauty make Lava a favorite picnic spot for the local people of Gorubathan.

Apart from these places, some other famous tourist spots near Raiganj are Karnajora park and museum, Kali temple in Baira, Mosque of Burhana Fakirs, Farm-House at Samaspur and Banabithi Resort at Barui.

We hope you have a great trip ahead! Bon Voyage!

Explore more about About Raiganj